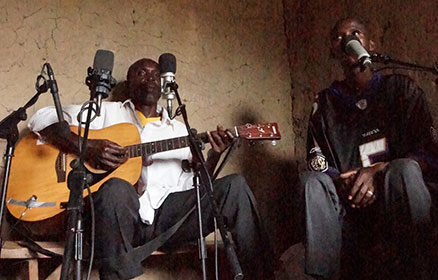 Rwanda: The Good Ones

Formed as a healing process after the 1994 Rwandan genocide, this internationally acclaimed band united Rwanda’s three tribes due to friendship found through music. They utilize one-of-a-kind instruments, often incorporating their own farming tools as percussion, while interweaving intricate harmonies in a style referred to as “worker songs from the streets.” Produced by Grammy-winner, Ian Brennan (Tinariwen, Zomba Prison Project), The Good Ones’ third album, was named a Top 10 album of 2019 by NPR. “This group of genocide survivors may surprise and delight you, and then break your heart”—The Independent

Their new album Rwanda, You Should Be Loved is on the Anti Records