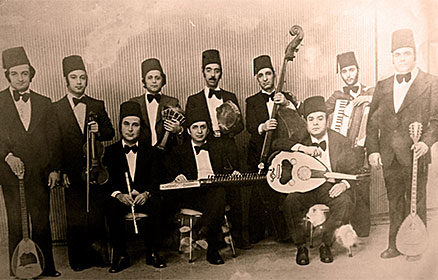 The Bil Afrah Project celebrates one of the Middle East’s most legendary albums: Ziad Rahbani’s Bil Afrah. The instrumental song suite recorded by Rahbani’s ensemble in 1975, features some of the Arab world’s most beloved standards, as well as the dazzling taqasim (improvisations) for which the Arabic tradition is so well-known. Renowned in the Arab world, the album is a favorite of aficionados and an inspiration to musicians, and its songs are performed often. But rarely, if ever, has the Bil Afrah suite been performed in its totality, live and in sequence featuring violins, bass, qanun (zither), oud (fretless lute), buzuq (fretted lute), and Arabic percussion. 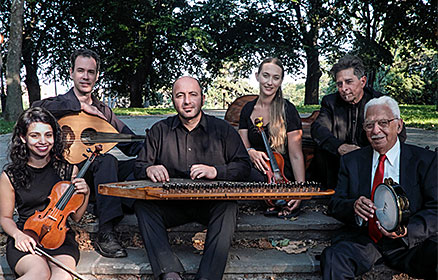