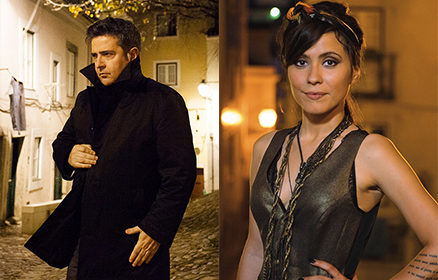 Hélder Moutinho is a leading male fadista and poet from the famed Moutinho family along with his brothers Camané and Pedro. An acclaimed interpreter of song with deep roots in the fado house milieu and a successful onstage career in Portugal and abroad, Helder is known for his deep love of fado and a never-ending source of promotion for this most iconic Portuguese tradition. He has performed around the world and in Portugal’s most famed theaters, fado houses and cultural events. He runs the celebrated fado house in Lisbon, Maria da Mouraria. He will be joined by Sao Paulo-born Maria Emília.  Emília began singing in fado houses with her father, a guitar player. After completing university studies she chose to follow music as a career and has established herself as one of the great new voices of her generation. Free