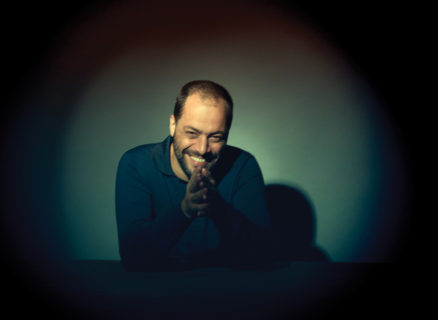 António Zambujo is a singer of brilliant subtlety and elegance. Considered an innovative pioneer as well as an heir to traditional fado, his popularity as a singer and guitarist in Portugal and abroad comes from a restless curiosity of musical influences from fado to bossa nova and jazz to French chanson. Born in the Alentejo region of Portugal, he grew up listening to the cante alentejano—choirs of men and women who sing of the land on which they work, local saints, and lost love. In 2002, he was deemed the “Best New Fado Voice” by Radio Nova FM and the “Best Male Fado Singer” by the Amália Rodrigues Foundation in 2006. His eighth CD, Até Pensei que Fosse Minha (Until I Thought It Was Mine) is a tribute to the songs of Brazil’s Chico Buarque, one of the great singer-songwriters in the Portuguese language.