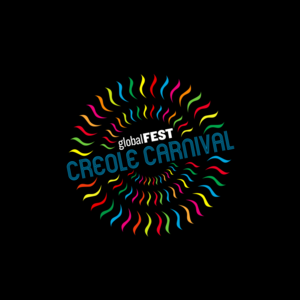 globalFEST on the Road: Creole Carnival

Creole Carnival Tour honors the roots of African musical currents, crossed with a fusion of sounds from the Americas, and revolving around Carnival, the pre-Lent festival celebrated globally that’s everyone’s favorite excuse for a party. From Brazil (Casuarina) — the superpower of celebration — to Haiti (Emeline Michel) and Jamaica (Brushy One String), each country has its own rich traditions for music, dancing, costumes, and cutting loose. globalFEST’s international trio of artists, will explore, expand, and upend notions of Carnival, without losing sight of where magic and religious fervor intersect with a madcap, no-holds-barred soiree.

The reigning queen of Haitian song, Michel combines traditional Haitian rhythms and acoustic jazz with social, political, and inspirational messages, in spirited songs that capture the reverence and gratitude for each moment. Her warm voice, captivating live performances, and moving compositions have made her one of the leading ladies of a unique wave of Haitian musicians who emerged in the 1980s and emphasized complex themes, conscious lyrics, and a broad palette of musical styles, including Haitian compas, twoubadou, and rara.

Born in the northern city of Gonaïves, she first sang gospel as a young woman, before leaving home for Detroit and then France and Canada, where she mastered jazz and pop forms. As a performer, she has graced some of the Caribbean, Europe, and North and South America’s most respected stages. In English, French, and Haitian Kreyol, her ten albums have catapulted her to international acclaim. The New York Times has compared her to “an island goddess”, and Haitian Times proclaims her an “all-time favorite artist.” Michel now resides in New York City.

Samba is more of a musical family than a specific genre, rich in different accents, both familiar and unfamiliar to American audiences, including the bossa nova, samba from Bahia, and the Afro-Brazilian rhythms of the Nordeste.

The music of Casuarina incorporates all of them, while flirting with pop and urban music. Born a dozen years ago in Lapa, a hip yet gritty bohemian Rio neighborhood, the five-piece member group is part of a samba renaissance that has spread like wildfire in recent years. In addition to their own compositions, Casuarina creates original and sophisticated arrangements of classics, often drawing on the work and spirit of chorinho and of MPB, Brazil’s wildly creative popular music. This, too, runs in the family: Vocalist João Cavalcanti is the son of an equally innovative musician, Lenine.

One night, rural Jamaican musician Brushy (born Andrew Chin) dreamed of the guitar under his bed. He knew, suddenly, that if he picked it up and dedicated himself to playing it, he’d get to see the world. The instrument in question—a battered but resonant acoustic guitar—had only one string.

That didn’t stop Brushy, the son of a musical family with a hardscrabble past, and his dream has come true. He has a seemingly innate ability to inspire even casual listeners—including millions of people who have watched and shared Brushy’s videos on YouTube (his Chicken In the Corn video has almost eight million views). The veteran musician evokes the sweetness of soul singers like Percy Sledge, Al Green, Toots Hibbert of Toots & the Maytals and the grit and wit of Delta bluesmen, all woven together with a Jamaican pulse and ingenuity that shows that the island’s music is about far more than reggae. Heartfelt blues combine with dancehall-style vocals, and uplifting, catchy ballads channel a soulful intensity and profound faith.